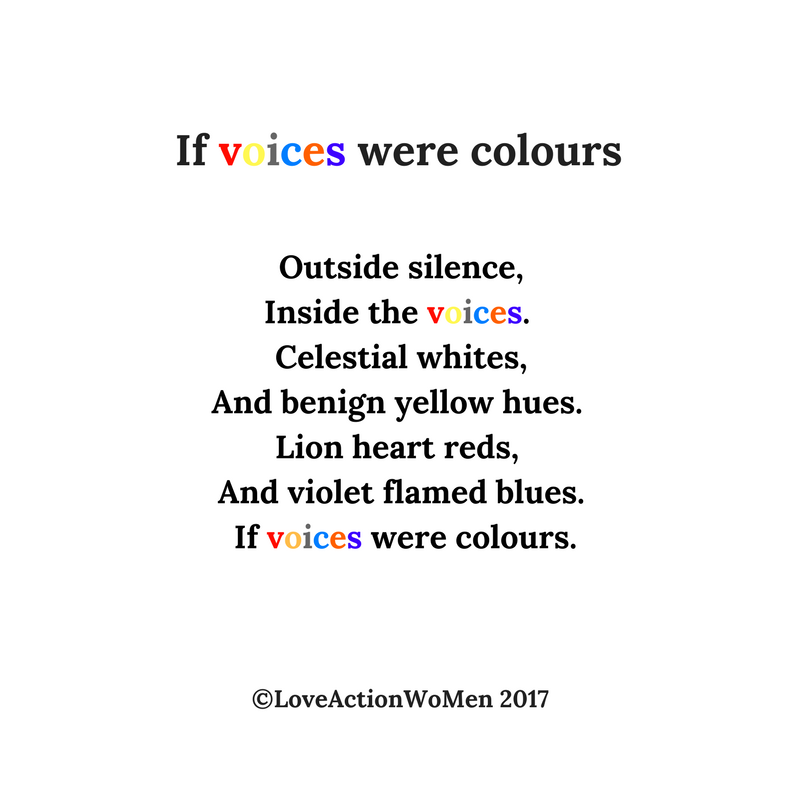 Please don’t assume that hearing voices automatically means you have schizophrenia or psychosis, as is commonly perceived. They can be uplifting, even insightful, like a sixth sense. In fact a host of famous people, from past and present, have talked and written about hearing voices. These include Gandhi, Freud, Anthony Hopkins, Vinny Jones, Carlos Santana, Zoe Wannamaker and many more.

My latest experience leads me back to a few weeks ago. I was packing some brain food into my laptop bag, just before leaving home for a script writing session at my local café, when I heard my aunt’s voice say to me in Punjabi, make sure you look after your mum. She wasn’t in the room with me, but six miles away in the ICU at Hammersmith hospital. Alas, she died three days later from heart failure.

The irony that make sure you look after your mum were her actual last words to me. My mum’s disabled by the way, ever since a knee replacement operation didn’t go to plan. They were not sisters, but may as well have been, having met one another by chance soon after my dad died. She only lived five minutes walk around the corner and lived on her own. From that time onwards they were inseparable.

Her heart failure was the result of a knock on effect from her kidney, which although had been transplanted, began to dysfunction, post removal of a tumour close to that area last year. There was much swelling in her body and eventually her heart couldn’t take it anymore.

Her voice, which I can only describe as a distant echo within my aural cavities, panicked me. I instinctively felt that she was telling me that her time to leave the earth place was soon. Some kind of telepathy. But my mum reassured me that she’d be fine, and the doctors had placed her into ICU as a precaution. I wanted to believe her, but my gut instinct still gnawed at me.

Statistics vary, but the Hearing Voices Network report that I’m part of 3-10% of the population who hear voices, which others don’t. That figure shoots up to 75% if you count the one-offs. So it’s more common than one could ever imagine and not always assigned to mental illness.

As I’ve described it, voices can be spiritual too. I just don’t usually hear from the living, even though she was soon to pass over. And I try and avoid contact with the deceased, having had my fair share of hearing voices, which can be troubling, even maddening, if you don’t know how to manage them – you may have read about my experiences in my article, Spiritual Emergency, What?

I guess when the bond is strong with someone, it’s possible to feel telepathy. You often hear of twins having a strong instinct that something bad has happened to the other, close couples too, despite being miles apart. Mine was through a sonic moment that has left an indelible mark.

We gave her a serene sending off last week at her funeral, and although I don’t hear her anymore, I am feeling her presence now as I write this. Forever be at peace in your eternal home, Auntie Kiran.