A Short Story – Who is SHE? 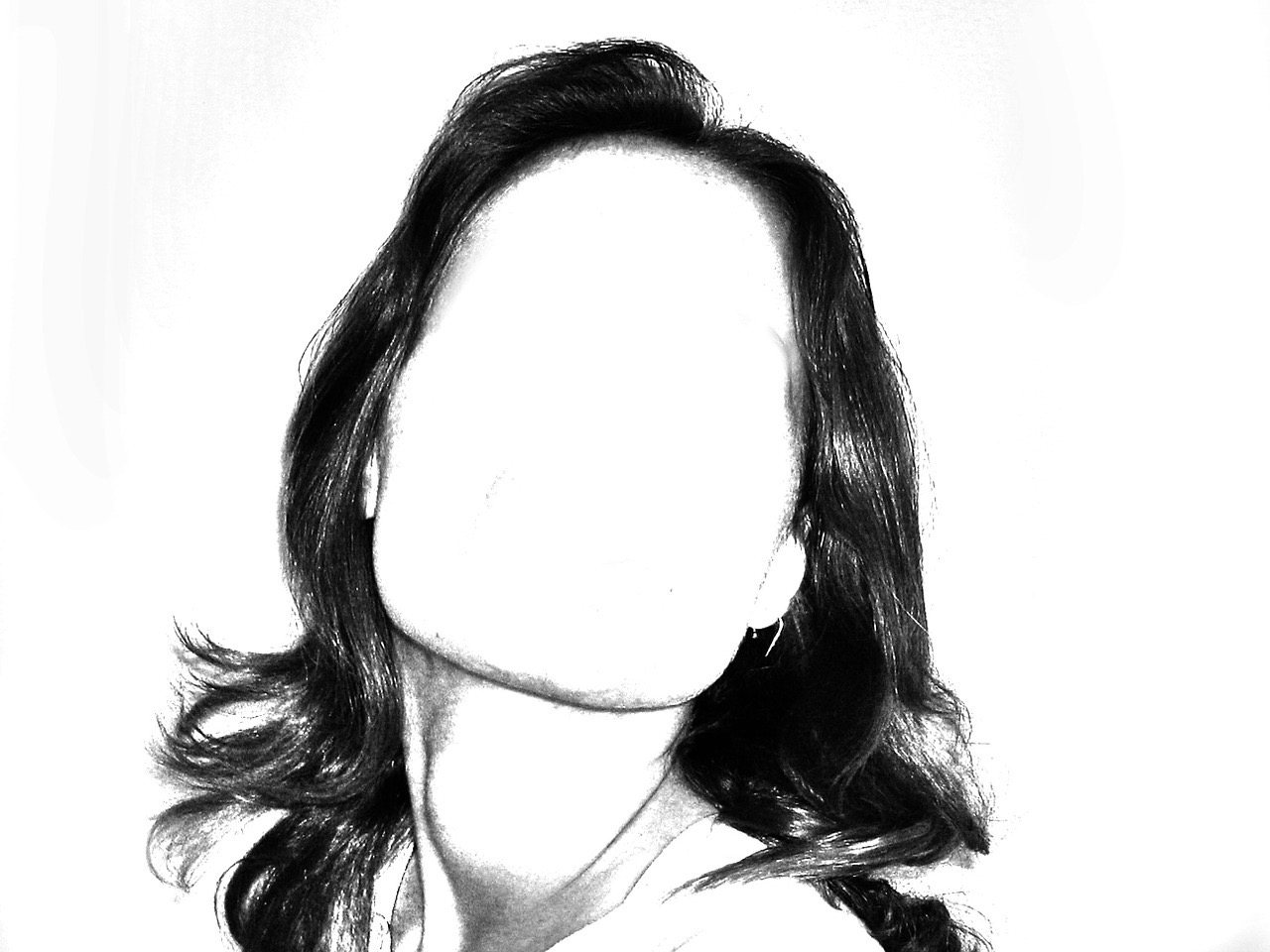 The events in this short story are actually inspired by true events that happened in my own life. In many respects, Sonia’s my alter ego – an extended version of me, stretched and altered for the cinematic version of my life. After all, we have the same film and love goal.

Inspired by a true story

My spine still shivers at the worst that could’ve happened to me, or the local Goan woman I rescued from rape. Her sari was unbound and ripped apart, petticoat up to her waist and knickers strewn aside. Two male shadows in the dark, pinning her down and gagging her. The third, trousers down, about to do his demonic deed. 16th December 2012, that was, the very night of Jyoti Singh’s gang rape and murder on that Delhi bus; news that caused an international outcry.

To all who were violated on that day, before and after, my thoughts and prayers are with.

Only a few days into my writing holi 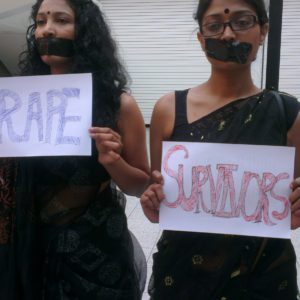 day, in Goa, I was keen for God to answer my prayer, to beam me down some inspiration to help push the story forward for my screenplay.

And while Vijay, the spirit of my past life husband, from the same place, foretold my screenplay is about my rise from the ashes, I was rising no-where. No longer rock bottom at-least, having been cajoled by Vijay’s incessant voice in my ear to step out of myself and take a chance.

I kept log of my unfolding journey, to be whipped into a script when I was ready. You could write a script in thirty days or less if you put your mind to it. But could I rise from the ashes in thirty days? Evidently not as we’re three months in and still slow counting.

Vijay’s whispering to me as I write this to stay focussed and keep believing. He drops in from the astral plane, on occasion, if I go off track and muddy this journey with my flawed human tendencies. While some people have mentors, life coaches or therapists, I have a disembodied soul.

You have no idea how much trust this takes, to maintain belief in something I can’t touch.

My mentoring began once I accepted the mammoth task. Not just to learn the art of screenwriting, but to learn the wisdom of the ancient wise ones, to guide me through this life I was going to write about.

I immersed myself in endless DVDs and books – predominantly Smita Patil films as Vijay had already steered me towards India. An astounding actress, she was, during the 70s and 80s, part of the Indian parallel cinema – New Wave movement. An activist for women’s rights, she’d often play empowering female roles, defying common subservient portrayals.

Alas, she died in childbirth; the same way my previous incarnation took me when I was Vijay’s wife. I know that due to a past life regression he pushed me to have, to prove who he said he was. Sounds absolutely bonkers, doesn’t it?

From Smita Patil films, to reading screenplay books, to the realisation: how can I write an Indian themed movie without knowing India? The obvious was to travel back to that same familiar place to both of us, plus I could stay at my father’s locked up bungalow, located on the outskirts of Candolim, North Goa. 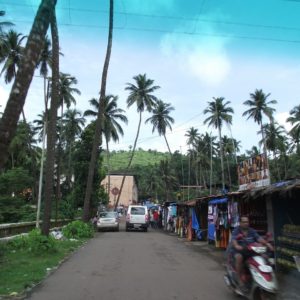 A couple of days into the trip, I sought out a local women and children’s charity and was revved up to discover my Goan heroine. I visualised her in my head. She’d have triumphed like David against Goliath like adversity. May be she’d even have a small part in the final cut, playing herself, when the film was ready for the big screen.

Despite numerous attempts, over the next day or so, I couldn’t get through to the charity. As it was, Goa was notorious for bad telephone lines and black outs and I was notorious for my impatience. Vijay urged me to relax and let go. Not an easy thing to do when you become obsessive about your vision. I managed to lower my tempo and took a swim on his persistent request.

Later on, I moseyed down to the local market and indulged in a paneer roll. It’s Indian cheese, if you’re unfamiliar with it. God must be a funny man, as that paneer roll was about to play its crucial role to move my story forward. Excuse the pun..and a cheesy one at that!

Post several bouts of emptying my insides from both orifices, relieved by homeopathy and ayurvedic medicine, quaff you may, I prostrated between my sofa and bed for the rest of the evening. Mindless TV played in the background as I lay there irrational and sorry for myself that my Goa trip had started with a belly flop. Belly problems were abounding. 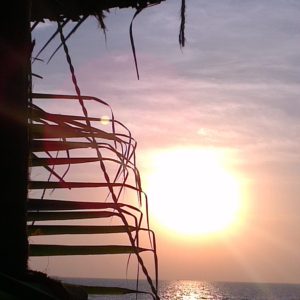 Yet had it not been for that parasitic roll, I would have been lounging at a beach shack, soaking up the sound of the sea and attempting to re-energise myself from my failures of the day, with Vijay hovering over my shoulder, ensuring I didn’t dip back into a dark space. I despised being at a standstill. There was too much room for negative monkey chatter to rear its ugly head.

As I nodded off at around 9pm, a fraction of a desperate scream, gagged immediately, jolted me awake. Did I hear it correctly? I looked out of the bungalow window and saw nothing, yet abominable terror and helplessness swarmed me. Made me gasp for air. Yet, it wasn’t mine. I felt her in my soul that very instant.

Typically, Vijay would be by my side, hurtling me in the right direction, but Goa was the place where I’d find the courage to listen to my own inner compass. My sixth sense kicked in and kicked me out the door as my feeble body went into fight and flight mode. I grabbed my house keys, mobile phone and saving gadget, the rape alarm my mum thrust into my hand, as I dashed out of the door of our London home for the airport.

With key wedged between my index and middle finger, as a pointy weapon, I scurried outside and intuitively knew to turn left into the alley twenty metres ahead. The next bungalow was at least two hundred metres away. No street lights, only a dim mobile phone light aiding me. I saw bodies shifting in the shadows. She, splayed on the floor, writhing. I pulled the tag on the rape alarm.

An agonising alarm shrieked through the airwaves. It felt as if the heavens had joined in, pleading not to commit this heinous act against a vulnerable human being.

He glanced back as he stumbled, while fleeing – the one about to violate her. I saw his disgruntled face, no more than 21, sinewy, drunk stupor, seeking vulnerable prey as if it’s his entitlement. The other two had far fled into the darkness as soon as the alarm was triggered, but not him. His ears were deaf to the pleading. Eyes fixed, now on me. There wasn’t another soul in sight apart from the Goan woman who seemed to have fainted. I, now the prey. 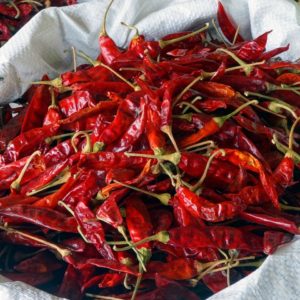 What came over me in that instant? Sonbai flashed up in my mind’s eye – Smita Patil’s most famous role from the acclaimed film, Mirch Masala, about a fiery spice factory worker who manages to throw off the lecherous tax collector, set in the early 1940s, during British colonial rule.

A fierce energy surged through my veins. Eyes were on fire, like Sonbai’s. I was ready to take him on if he dared to violate any inch of me, threatening him with my pointy key, which had transformed into an invincible machete in my mind, as far as I was concerned.

How? I don’t know, but it worked. I put the fear of the heavens in him and he darted, never to be seen again. I slumped to the floor and my body crumpled, reminding me that I’m still recovering from food poisoning, when my tummy flipped some inner burps.

She had fainted and stirred when I nudged her awake. She, 51 when I asked her how old she was. She, on her way home from a tough day, walking the lengths of the beaches, selling shelled coconuts carried in a wicker basket on her head. Her livelihood supported by her strong shoulders. She, the sole breadwinner. She, the mother of three girls and two boys, four of them whom She’s desperate to receive their full education so they never endure what She’s had to in life. She, the acting mother and provider of her fifth child, her alcoholic and abusive husband. She, the local Goan heroine I was searching for.

Laxmi is her name, like the goddess – with the cruelest irony etched all over.

Back in the UK, calling the police would be 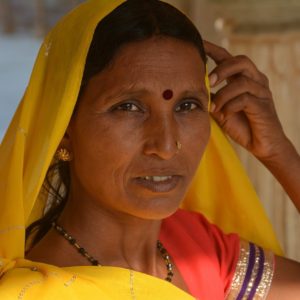 the first port of call. But, I’m in India, not the UK. Adamant, Laxmi refused to report the case, that it would bring shame to her and her family, that the Goan police force are corrupt and would never listen. They’d victimise her, me, even. Saddened that this was true, I escorted her to the hospital and then to her shanty home, what would be the size of a medium sized garden shed to us, here in the west.

The severity of my mini drama didn’t sink in until I watched BBC World news the next morning. Jyoti Singh had been gang raped and savagely beaten – what would result in her death – by four male adults and a juvenile on a Delhi bus, that very night. I cried and I cried.

As for my visualisation, God had a bigger plan, a much bigger plan than I could ever conceive. He must be rooting for me…I wish I could root for me too. ‘You will,’ I hear Vijay whisper.

To read more about the true story, upon which this story is based, and the events surrounding how all my screenplays came to life, read The Big Dream Of Self Belief.